We have been playing Star Wars Dobble game, so today I’ll share more about it with you, along with giving one of you the chance to win it…. 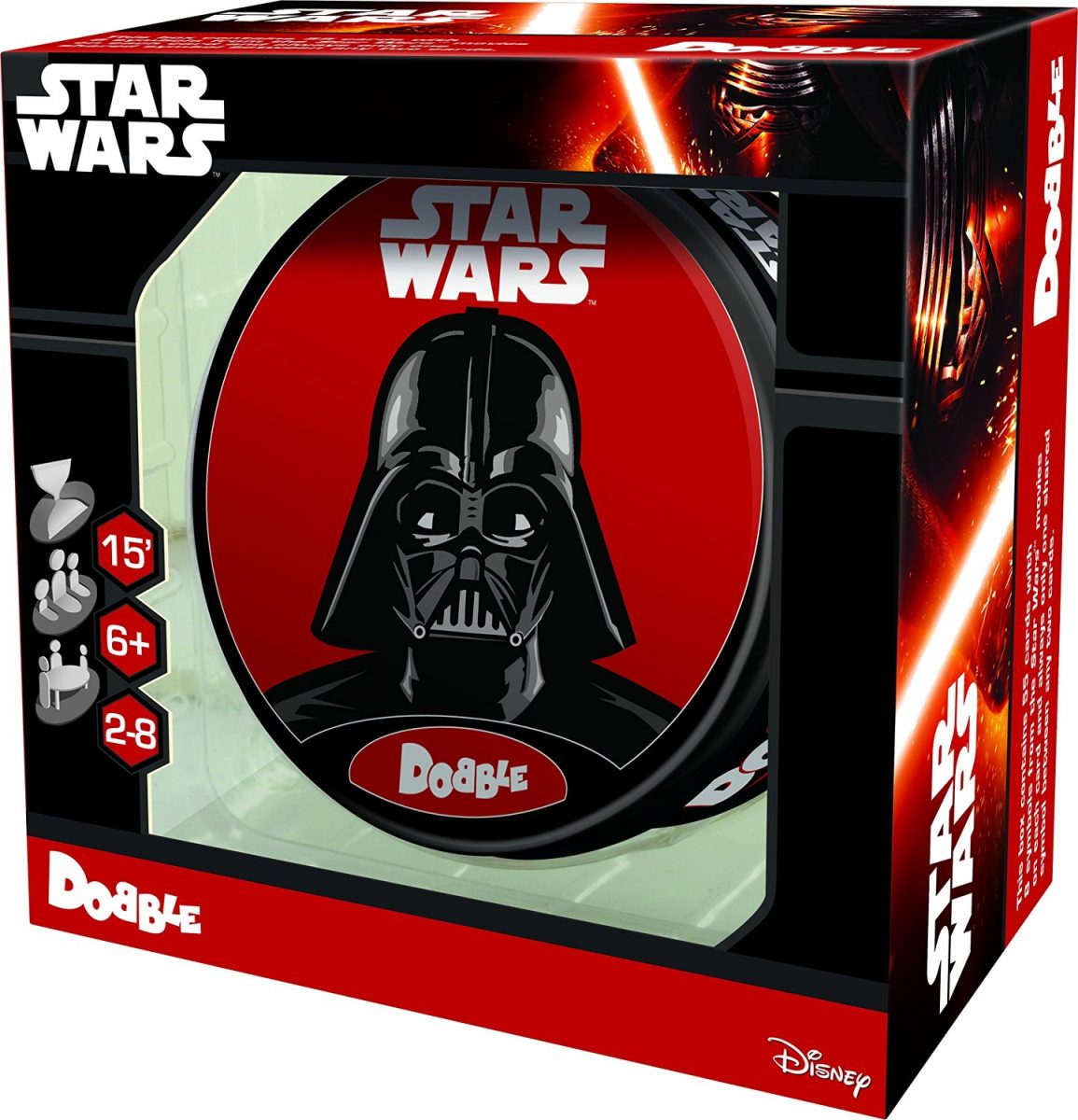 Star Wars Dobble is a speedy observation game where players race to match the identical Star Wars themed symbol between cards. Reliant on a sharp eye and quick reflexes, Star Wars Dobble creates excitement for children and adults alike while keeping every player involved in the action. In Star Wars Dobble, players compete with each other to find the matching Star Wars themed symbol between one card and another. Every card is unique and has only one symbol in common with any other in the deck. The match can be difficult to spot as the size and positioning of the symbols can vary on each card. As the game is based on reactions and visual perception, rather than knowledge or strategy, there is no advantage for adults over children, making it the perfect family game. (from Amazon)

We have got the original Dobble game here so this was nice and simple for us to get straight into. It works in the same way, but with a Star Wars theme. There are mini-games explained within the tin, from ‘Use the Force’ through to ‘Asteroid Field’, all keeping things interesting and putting a variety of twists on the basic Dobble concept.

The key concept, if you’ve never played Dobble, is that you always need to be the fastest person to spot the identical symbol between two cards. Yes, though every card is different, there will always be one symbol on any given card that matches one symbol on your card. Take a little look at a few of them below and you’ll see what I mean… 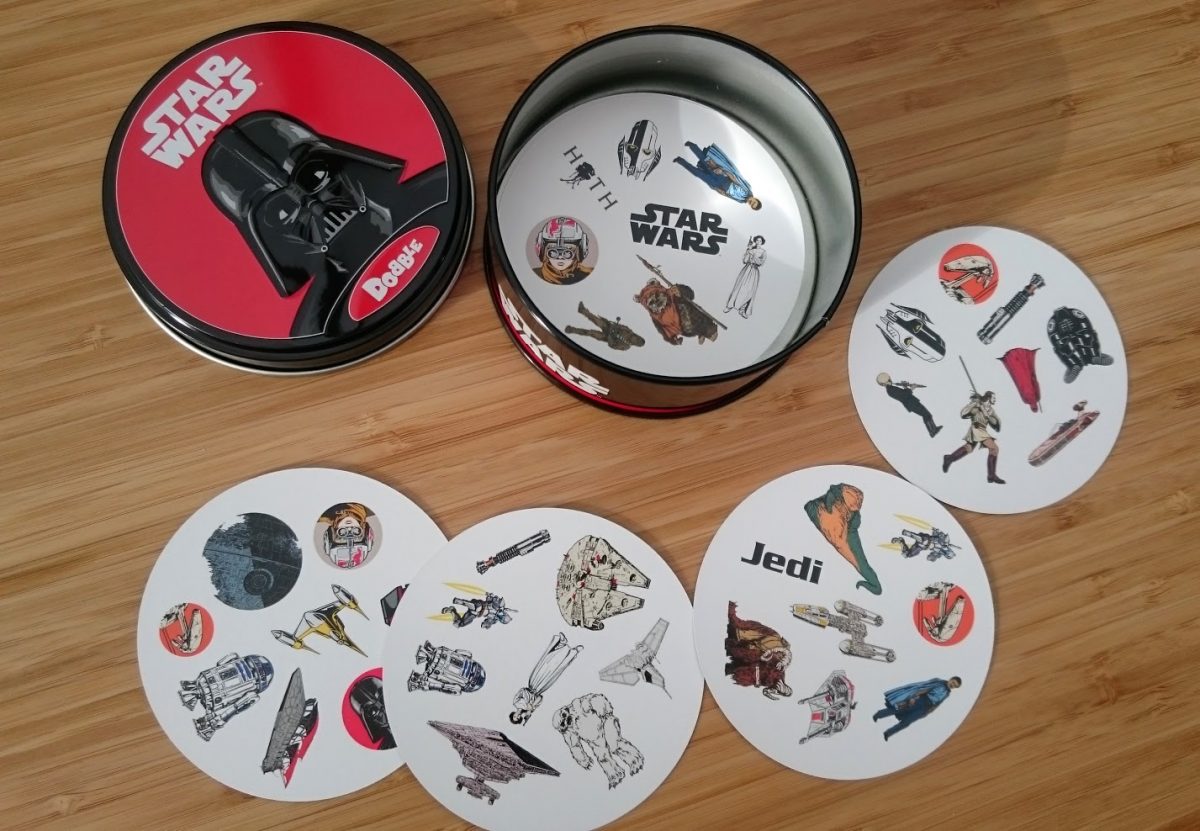 It is such a simple concept that you’d think it would be easy to spot the symbols, but they are tricky! It also takes a little getting used to the idea that there will always be one that matches, in every single case. Sometimes it can take you a while to find it and so you doubt this fact!

Once you have spotted the match, you have to name out loud which one it is and take the card or place it on top of the deck, depending on the mini game version that you are playing.

The game that we play most often is Use the Force, where the cards are stacked, the top one is turned over and each player has one card to start with. It’s then a race to see who can find their matching symbol on the centre stack first, and the player that does so takes the card and play continues onward like this until all cards are taken. The winner is the player with most cards.

This is aimed at aged 6+, but my 4 year old has no problems at all playing this, so I’d say it works for younger children, too, making this a brilliant family game for all ages. It comes in a handy-sized and robust little tin which makes it a great travel game and I’m happy to take this one out and about with us. Game set up takes literally seconds, so you are straight into playing and each game generally only lasts for a few minutes, making this an easy game for picking up and starting, without having to commit to playing it for hours. It’s fun and pacy, engaging for all ages and I’d say being older doesn’t give you a huge advantage in this one so it’s one that siblings can play alongside each other and all have a pretty even chance of winning, which is a nice change from some games. If you have a Star Wars fan in your house, I’d definitely recommend this for them.

I now have a Star Wars Dobble up for grabs. To be in with a chance of winning it, enter using the rafflecopter below. The competition is open to UK entrants only and closes at 12am 29th November 2016. Good luck!

Disclosure: We received the game FOC for the purposes of this post, and the post contains affiliate links 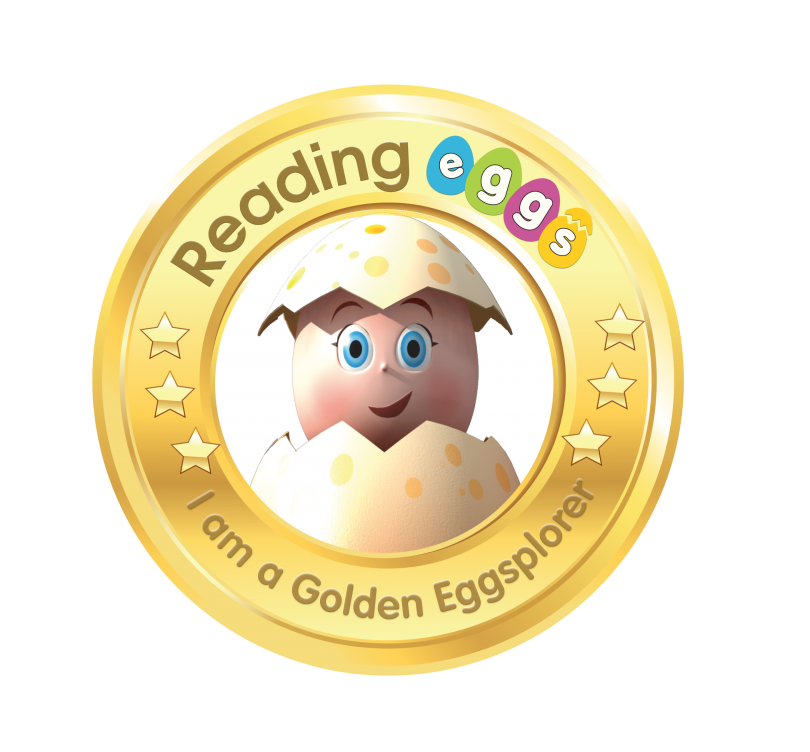 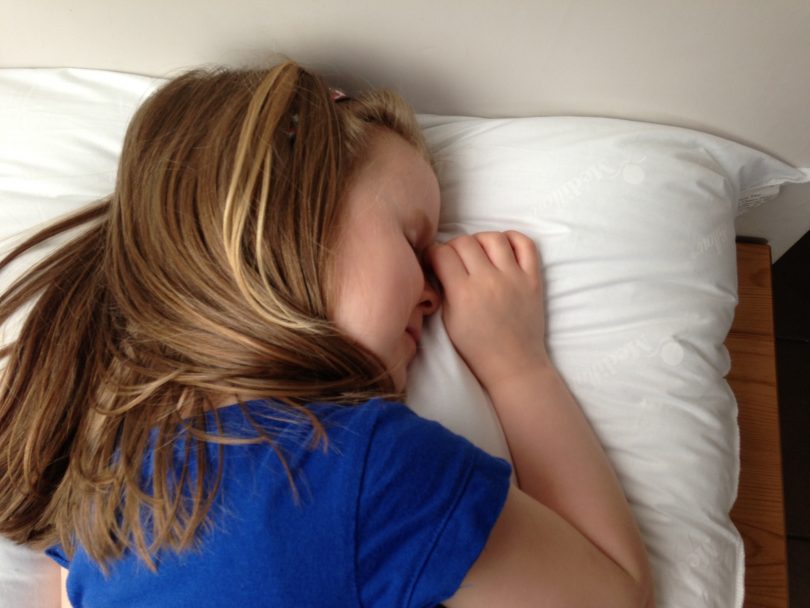