Yes, football fever has taken hold here! Last week Boo and I went along to our first SSE Wildcats session to find out what it was all about.

SSE Wildcats sessions are for girls aged 5-11 years old to encourage them to get into football in a safe and fun environment. SSE firmly believe that everyone deserves the same opportunities regardless of gender and as the energy behind football they are looking to create opportunities at all levels of the game. They are proud supporters and as such are looking to spread the word about the Wildcats and encourage more girls into football. Which is where we come in, so what did we make of it?

It was an hour long training session, consisting of around half an hour of drills and skills development, followed by half an hour of playing mini games. The training was fun, there was lots of laughter whilst the girls ran about and each drill was easy to understand and have a go at for beginners, as well as developing the skills of those more experienced players.

There were three coaches so there was plenty of support available, and as well as giving direction throughout the session, they offered lots of encouragement and heaped on the praise.

From a practical point of view, there was plenty of parking available at our session, it was easy to find, and the girls could wear whatever they wanted without any onus on having to buy certain kits, which is always a plus. 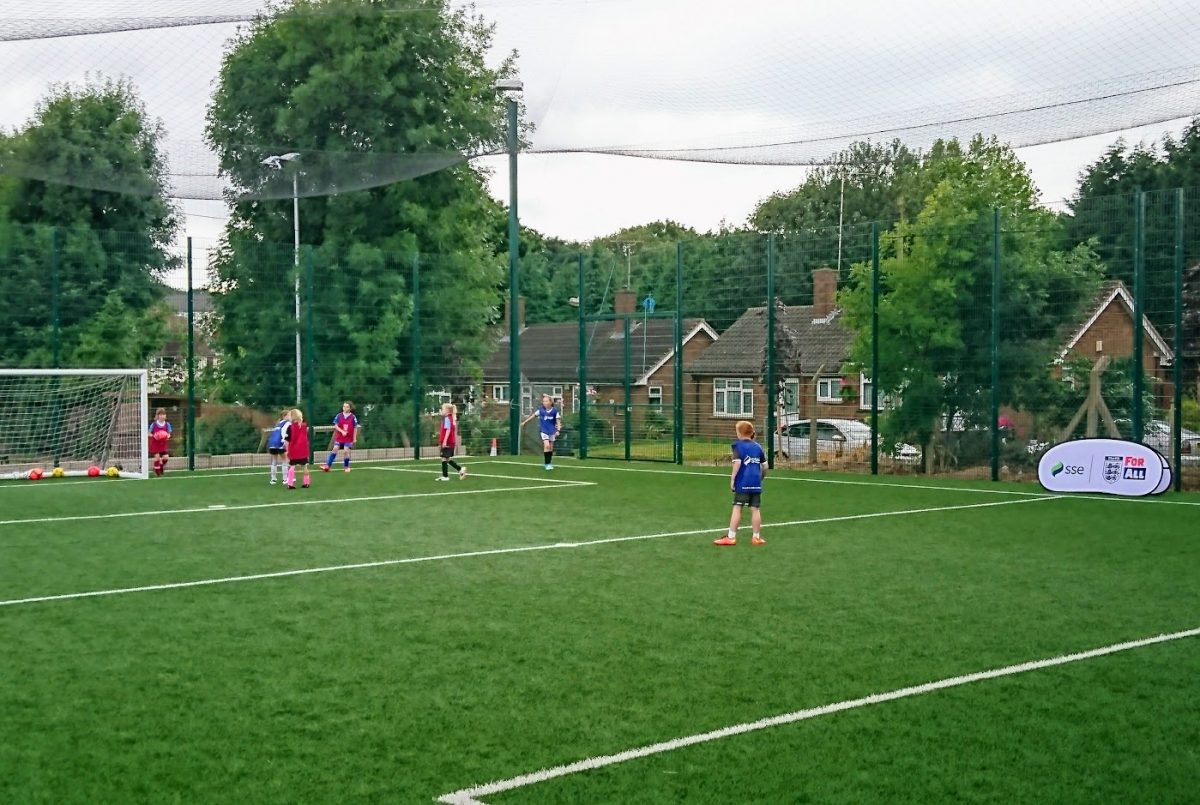 We’ll start by sharing Boo’s opinion, as really hers is the one that counts! She absolutely loved it. All of it, especially when it rained and they kept on playing as ‘that’s what real footballers do’! She liked the drills and then enjoyed the feeling of being part of a team and playing games. She is very keen to go every week now and is really positive about football.

I honestly didn’t know what Boo would make of this. Initially she was unsure about going, and then as the time drew near she became excited about attending, so it really could have gone either way. Clearly, it’s gone the right way and she has found a new interest that I am sure will be a good thing for her. Football will keep her fit, teach her new skills and allow her to develop new friendships and that sense of camaraderie that you get from being part of a team. The session was fun so I can see why she’s keen to keep on going and I look forward to seeing her play each week.

It seems that Boo’s not alone as here’s what some other girls and their parents have to say, from sessions earlier this year all around the country…

SSE Wildcats girls’ football clubs provide girls with regular opportunities to play football and take part in organised sessions in a fun and engaging environment. You can find a club near you here.

If you have a young daughter, do find a local session and go along and just try it. At the age of just 7, Boo already had it in her head that football was for boys, despite her school running mixed after school football clubs. SSE Wildcats has completely changed her perception, and interestingly, she remains disinterested in her school session as that’s mixed, she wants to be with other girls and make new friendships outside of school. We were invited along to this and I am pleased we were as it has introduced Boo to a team she now wants to be a part of and a sport that she’s keen to play.

Could this be something for your daughters to try?

Disclosure: Written in collaboration with SSE