Be Kind. It sounds a little insipid, doesn’t it? Somehow I feel like the word ‘kind’ has been watered down and moved into the category of words such as ‘nice’. It seems bland, and yet it’s power is surely huge.

My mum mentioned to me the other day that she’d bumped into a friend when she was out and about and she’s going through some tough times. So the next day, my mum picked her up a bunch of daffodils and dropped them into her porch on the way back from the shops. A simple gesture, but the lady called up Mum thanking her profusely for them, truly appreciating that she was in her thoughts. My mum played it down, ‘they cost just a £1’ she told me, but that’s not the point, is it? It was the thought, the kindness. My mum is one of those people that goes out of her way to be kind. She looks out for people, ensures they know she’s there for them, and she’s also one of those people that random strangers always feel they can talk to when we’re out. I mock her for that last one, of course, as she gets into some truly odd conversations sometimes, but she clearly has an air or approachability and kindness about her. Now, whilst I still plan to project a detached air in certain situations, after all I am simply not as nice a person as my mum is, that’s a true fact, I would like to offer more kindness to those around me, be they friends or strangers.

A kindness can keep you going on tough days, turn a day around. It’s a moment that can lift you and keep you happy all day. Just to know that someone else has thought of you, momentarily put you above themselves or simply did something to help you out that they need not have done. It counts, it’s meaningful and makes a difference.

There are some greats that can express what I’m trying to say here, far more eloquently than I and in far fewer words, so I will leave you with them….

What wisdom can you find that is greater than kindness? ~ Jean-Jacques Rousseau

Be kind whenever possible. It is always possible. ~Tenzin Gyatso, 14th Dalai Lama

Be a rainbow in someone else’s cloud. ~Maya Angelou

All so true. For me, it boils down to this, said by one of the wisest people that ever lived, in my opinion… 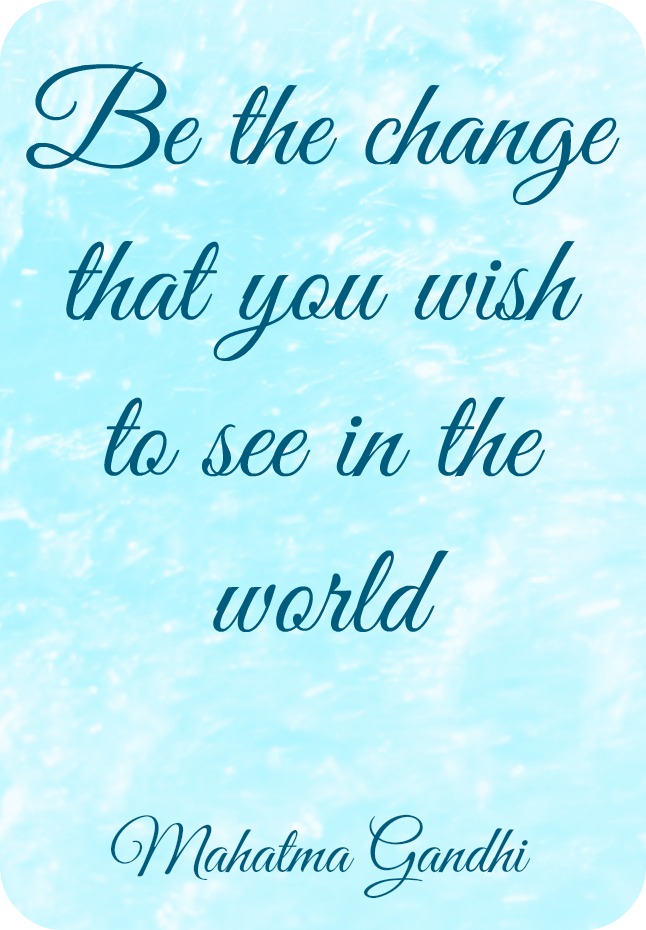 I know I need to heed this advice. So I will. I’m going to seek out opportunities to be kind. I want to look for them, spot little ways to brighten someone’s day here and there. I’m hoping to spread a little kindness, and I do suspect that by doing so, I’ll often be smiling, too.

Will you be the change, too?